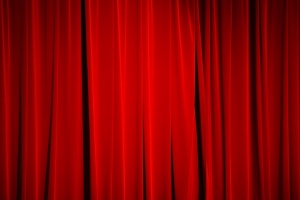 Last week I went to the ballet and was reminded of a question I was asked a couple of years ago: how to make ballet accessible for deaf people.

I have been a ballet subscriber for decades. It has never bothered me that I don’t hear the music. I see the dance.

When I lived in Sydney in the 1980s and early 1990s I subscribed to the Australian Ballet. Here in Brisbane I enjoyed the Queensland Ballet for years under the brilliant French artistic director Francois Klaus. When he retired two years ago, Li Cunxin became artistic director and Queensland Ballet was reinvigorated; its standard and popularity grew.

Li Cunxin is famous for his autobiography, Mao’s Last Dancer. What is perhaps less well known is that he and his Australian wife Mary Li have a daughter who is deaf: Sophie.  I met Sophie, a delightful young woman, last year at a 4Senses music gig organised for Deaf Australia by a team of hearing volunteers who wanted to make live music accessible for deaf people.

4Senses was held three times over two years and was always a wonderful event. The music was loud and made more accessible by balloons to hold against one’s body, subwoofers to sit on and feel the vibrations, and artistic visual interpretations and captions on big screens; and the lyrics were interpreted into Auslan. But 4Senses never made much money and the number of deaf people attending was always disappointing.

This was brought home to me many years ago when I lived alone. During a dinner party a hearing friend remarked on how quiet it was without music playing in the background.  It hadn’t occurred to me to play music. I didn’t even own any music or anything on which to play it.

So it was hard work convincing deaf people that an event like 4Senses was worth attending.

Many hearing people struggle to understand this. For them, music is so beautiful, why wouldn’t deaf people want to be able to hear it or at least access it any way we can?

I’m one of those deaf people who like music. I learned Scottish Highland dancing as a child and was learning to play the piano when I became deaf at the age of nine, so I had a basic grounding in music’s loveliness.

Living in Sydney in my twenties and thirties, a group of us, mostly deaf people, often had parties at 204, a friend’s house in Summer Hill, affectionately known by its number. 204 parties always had loud music.

One friend in particular, an actor at the time with the Australian Theatre of the Deaf, was a brilliant sign singer. Although I’m not a fan of sign singing because it is seldom done well, I adored his sign rendition of Money changes everything and at almost every party I’d pester him to perform it.

In my late thirties and early forties I had piano lessons again and learned to play a little. I loved it but it’s hard to learn this sort of thing when you’re older.

My piano teacher, Bernice, who is 83 now, subscribes with me and another hearing friend to the Queensland Ballet. (And next year we’ll be joined by a deaf friend. Yes!)

In the interval at the ballet last week we were discussing Gough Whitlam’s memorial service, held the day before, and how much we all love the song Jerusalem. I love the lyrics but am not familiar with the music. I asked Bernice if she could teach me to play it or if the music would be too complicated for my piano abilities.  She said she would rewrite it for me in a simpler version. How lucky I am to have such a beautiful friend!

But my interest in music isn’t overly profound. I don’t hanker for it or lament my inability to hear it. I don’t even much notice its absence. I am used to not hearing music. I am used to being able to feel only its vibrations and rhythms and, through the piano, to some extent its melodies.  I take what I can from it and enjoy that and that is enough for me.

At the ballet it is enough for me that I see the dance; I don’t think about missing out on the music, I just enjoy the dancing.

When we were organising the first 4Senses gig, my hearing husband, who loves music, commented that deaf people don’t know the lyrics or understand the culture that surrounds music. I’d never thought of that before and I was quite stuck by his comment.

It seems to me that more than the music itself, what’s important for deaf people is understanding the cultural aspects of music, especially its lyrics.

What I like about Jerusalem is its rousing battle cry, the soaring call to action in its lyrics. I want to learn to play the music because I want to feel how (I imagine) it soars for those marvellous words: Bring me my bow of burning gold! Bring me my arrows of desire!

And it interests me that the lyrics are a poem written by William Blake, that in this song, Jerusalem is a metaphor for heaven, a place of universal love and peace. It was such a marvellous final song for Gough!  These are the things that we deaf people need to learn about, not so much to hear the music.

So last week as I sat watching the ballet I remembered that question asked of me at the beginning of Li Cunxin’s directorship, when the Queensland Ballet’s CEO contacted me at Deaf Australia, where I was then Executive Officer. We arranged to meet to discuss ideas, but for various reasons, several meetings had to be cancelled and we never did meet.

To be honest, even though I adore ballet, in the context of the large number of issues Deaf Australia is called upon to advocate, it wasn’t a high priority.

Last week’s ballet event was a number of short pieces by new and emerging choreographers, held in the studio. It was an up close and personal evening. We sat closer to the dancers than is possible in a theatre.

We watched as Li coached two dancers through a rehearsal session. We listened as Li and a choreographer explained aspects of their dance creations and the audience asked questions.

Well, other people watched, listened and asked questions. I watched. And I rather wished I had met with the CEO two years ago. It would have been wonderful to have an Auslan interpreter there in the studio.

I guess it’s time for me to talk with Queensland Ballet in my own interests as a subscriber.

Do you have other ideas for how we can make ballet and the culture that surrounds music more accessible for deaf people?

3 thoughts on “There’ll be music and dancing”